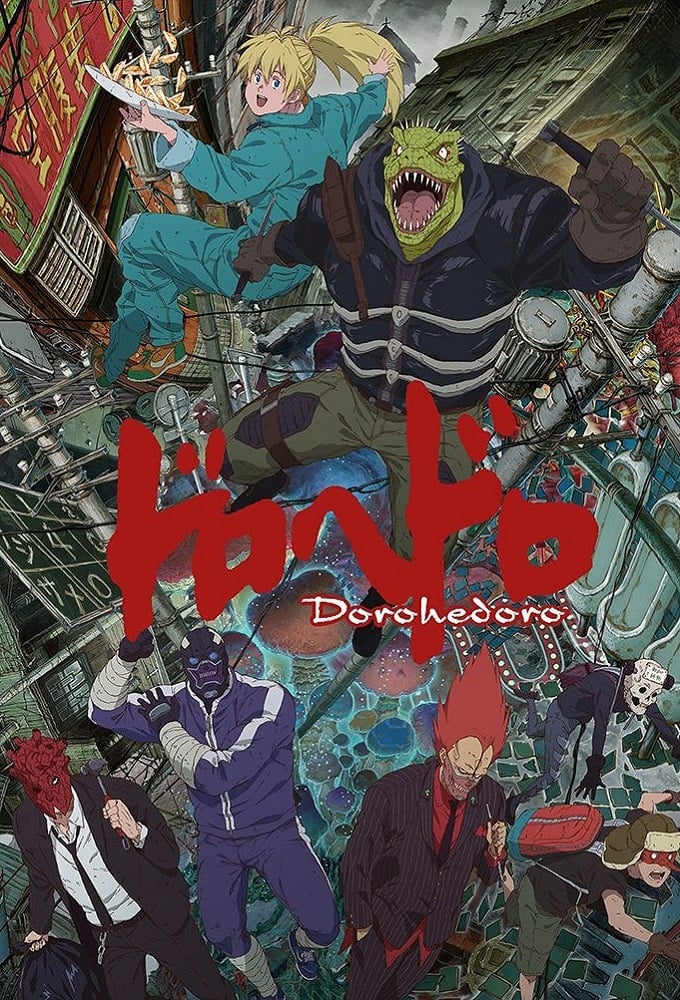 The story revolves around Kaiman, who does not remember who he was before he was transfigured by a Magic user. This transformation left him with a reptile's head, and a desire to find out the truth about who he really is. Accompanied by Nikaido, his female companion, he tracks down Magic Users in "The Hole" and unceremoniously chomps down on their head, hoping to find out who it was that put him in this state. One by one, they witness this "second man" inside the head of Kaiman, and after pulling them back out of his mouth he asks them all a qu ... 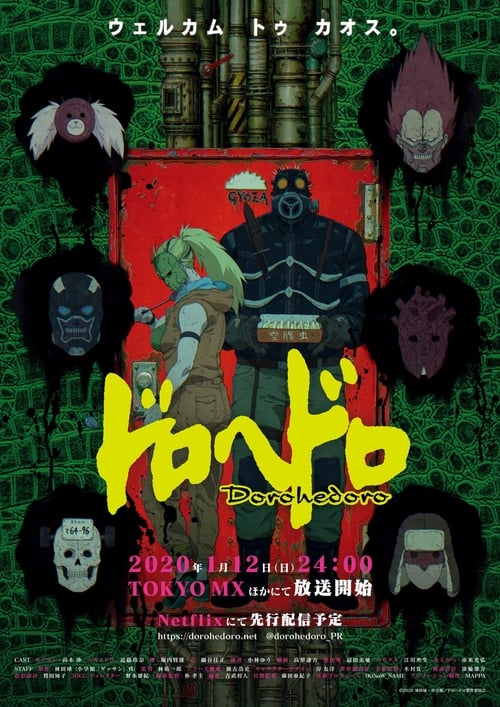 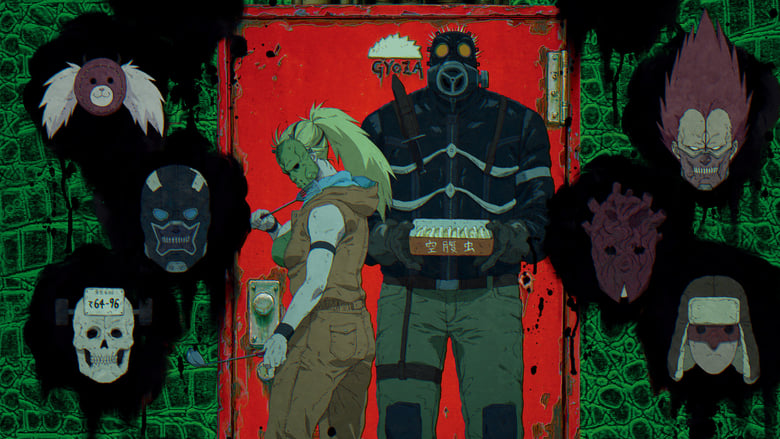 The Diclonius, a mutated homo sapien that is said to be selected by God and will eventually become the destruction of mankind, possesses two horns in their heads, and has a "sixth sense" which gives it telekinetic abilities. Due to this dangerous power, they have been captured and isolated in laboratories by the government. Lucy, a young and psychotic Diclonius, manages to break free of her confines and brutally murder most of the guards in the laboratory, only to get shot in the head as she makes her escape. She survives and manages to drift along to a beach, where two teenagers named Kouta and Yuka discovers her. Having lost her memories, she was named after the only thing that she can now say, "Nyuu," and the two allow her to stay at Kouta's home. However, it appears that the evil "Lucy" is not dead just yet...

For over a century, the mysterious Hellsing Organization has been secretly protecting the British Empire from undead "freaks." When Sir Integra Hellsing succeeded as the head of the organization, she also inherited the ultimate weapon against these undead enemies, Alucard, a rogue vampire possessing mysterious and frightening powers.

Vampires exist. It is the duty of Hellsing, an organization sponsored by the British government, to hide that frightening fact and protect the blissfully unaware populace. Along with its own personal army, Hellsing also has a few secret weapons. Alucard, an incredibly powerful vampire, has been controlled by Hellsing for years. Although he dislikes being a servant to the Hellsing family, he certainly enjoys his job as Hellsing’s vampire exterminator. Seras is a fledgling vampire and a former police woman. Although reluctant to embrace her new self, she is still a valuable member of the organization. Integra Hellsing, the current leader, is usually fully capable of fulfilling her duty, but lately, vampire activity has been on the rise. Unfortunately, the cause is more alarming than anything she could have imagined...

While Hakumei is cheerful, outgoing and prefers to be outside, Mikochi is more introverted and prefers to stay indoors. These differences will set the tone for their friendship. Riding on insects and birds, creating tools from the forest and living their normal lives, day to day chores can be the biggest adventure in a small world full of wonders.

On a visit to his hometown, Souta Tawara meets a strange child who loves udon and frogs... and has ears and a tail?! Although ordinary at first glance, it turns out that this little tyke is actually a tanuki in a human disguise! So begins the tale of a gentle, warm, and slightly weird family in Kagawa prefecture, better known as "Udon Prefecture," where time passes at a less hurried pace than in the big city...

Five years ago, a string of grisly murders shook the city to its core and now the rumors have begun once more. Boogiepop... Everyone knows about Boogiepop: meet her one dark night and you are taken. People tell each other the stories and laugh: no one believes that she can possibly exist in this day and age. Still, strange things appear to be going on and the darkness is taking on many forms. Something is out there.

The “Abyss” is the last unexplored region, an enormous and treacherous cave system filled with ancient relics and strange creatures. Only the bravest of adventurers can traverse its depths, earning them the nickname, “Cave Raiders.” Within the depths of the Abyss, a girl named Riko stumbles upon a robot who looks like a young boy. Tantalized by the Abyss, Riko and her new friend descend into uncharted territory to unlock its mysteries, but what lies in wait for them in the darkness?

Fushimi Inari is a shy, not-so-bright middle school girl living in Kyoto's Fushimi ward. She has a crush on her classmate Tanbabashi, but cannot express her feelings. One day, as thanks for helping a fox pup, the deity Uka no Mitama no Kami grants her the ability to change her form.

Satoru Fujinuma is a struggling manga artist who has the ability to turn back time and prevent deaths. When his mother is killed he turns back time to solve the mystery, but ends up back in elementary school, just before the disappearance of his classmate Kayo.

Seton Academy, a school full of animals where, thanks to population decline, there are fewer humans than any other creature. Mazama Jin, an animal hater and the only human male in his class, falls in love with Hino Hitomi, the only female human, the moment he lays eyes her. However he soon finds himself entangled with various other creatures after he reluctantly joins the 'pack' of Lanka the wolf, the only other member of her pack.

Most girls waking up without any memory and meeting a serial killer would panic, but not Rachel. In fact, far from being her biggest problem, killer Zack might just prove a convenient resource when it comes to finding a way out of the building in which they're both trapped!

Hell Girl, also known as Jigoku Shōjo: Girl from Hell, is an anime series produced by Aniplex and Studio Deen. It focuses on the existence of a supernatural system that allows people to take revenge by having other people sent to Hell via the services of the mysterious titular character and her assistants who implement this system. Revenge, injustice, hatred, and the nature of human emotions are common themes throughout the series. It premiered across Japan on numerous television stations, including Animax, Tokyo MX, MBS and others, between October 4, 2005 and April 4, 2006. Following the success of the first season, the series was followed soon after into a second, Jigoku Shōjo Futakomori, which premiered October 7, 2006 across Japan on Animax. A live-action television series adaptation started airing in Japan on Nippon Television from November 4, 2006. A third season of the anime, further continuing the series, was first announced on the mobile version of the series' official website Jigoku Tsūshin. The official title of the third season was announced to be Jigoku Shōjo Mitsuganae. and began airing on Japanese TV October 4, 2008.

The slapstick romantic comedy centers around an ordinary 16-year-old high school boy named Yūto Amakawa who is protected by a spirit—specifically, a beautiful, sword-wielding cat girl spirit named Himari. Yūto is descended from a family that has subjugated demons since time immemorial. The charm that once protected him is now impotent, but fortunately, at that same moment, Himari appears before him as his new guardian.

Rin Asogi is an immortal private detective with a thirst for vodka and a talent for attracting things that go bump in the night. In a series of nightmarish vignettes spanning sixty-five years, Rin's lush body is sadistically pierced, blown up, and mulched to a bloody pulp. The fiend behind her tortured existence is Apos, an eternal being obsessed with sacrificing Rin to Yggdrasil, the tree of all life. While Rin struggles to unravel the secrets of her endless agony, Apos lurks in the shadows, eager to tear into her ripe body and devour the memories of her countless lives. Rin's no stranger to the realm of the dead, but her next visit could last forever.