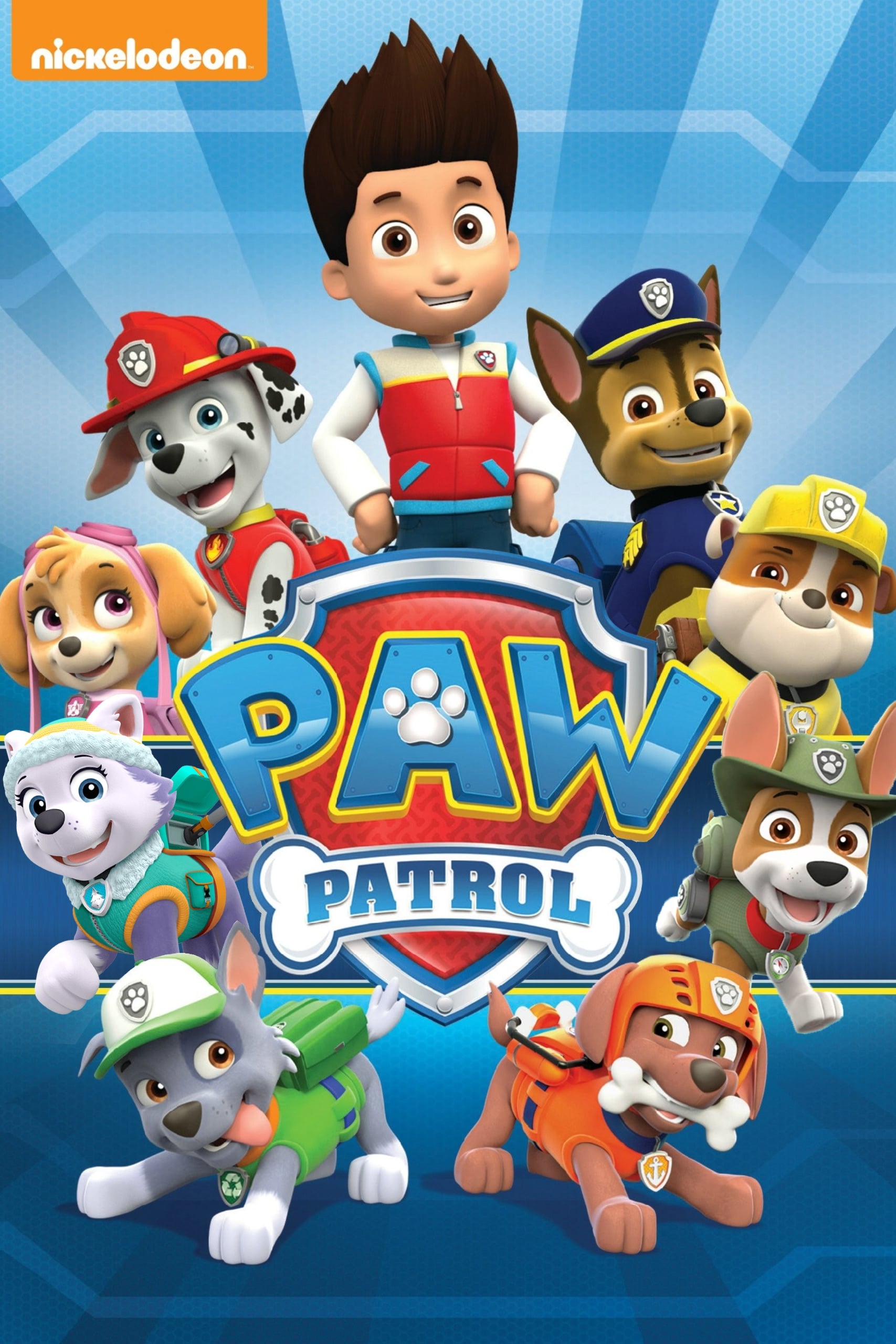 A group of six rescue dogs, led by a tech-savvy boy named Ryder, has adventures in "PAW Patrol." The heroic pups, who believe "no job is too big, no pup is too small," work together to protect the community. Among the members of the group are firedog Marshall, police pup Chase, and fearless Skye. All of the animals have special skills, gadgets and vehicles that help them on their rescue missions. Whether rescuing a kitten or saving a train from a rockslide, the PAW Patrol is always up for the challenge while also making sure there's time for a ... 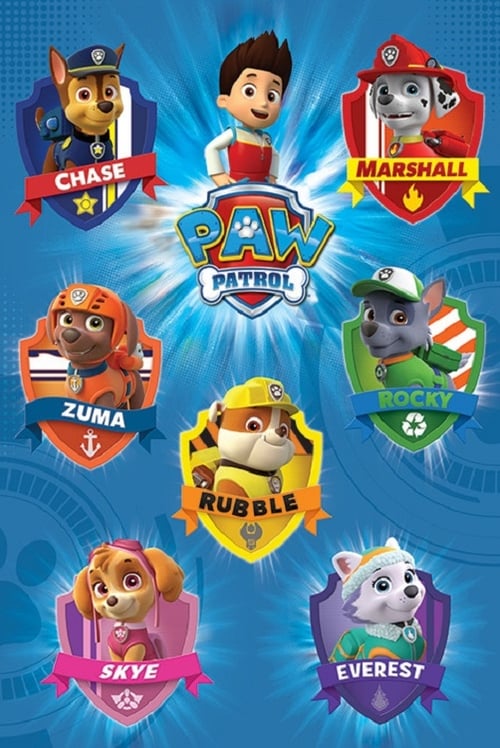 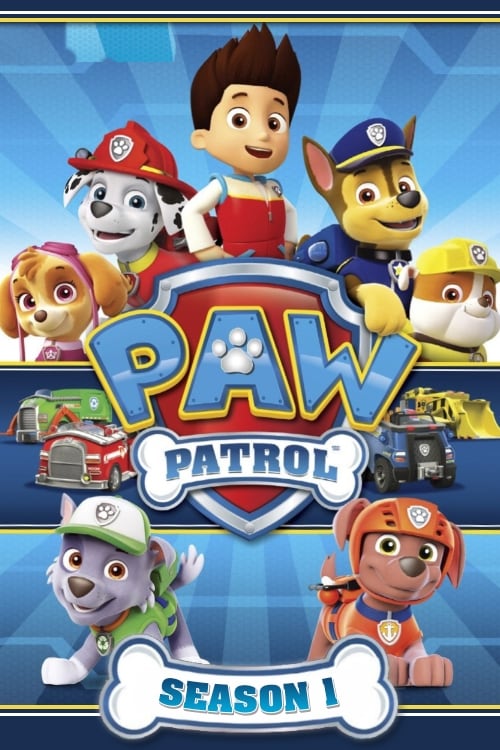 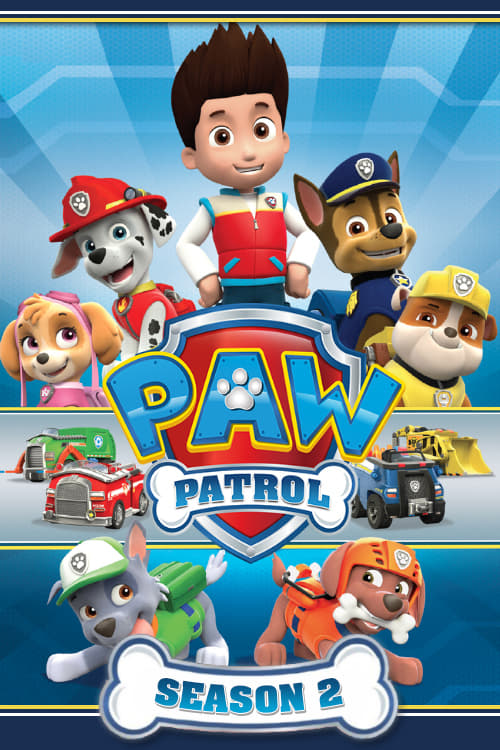 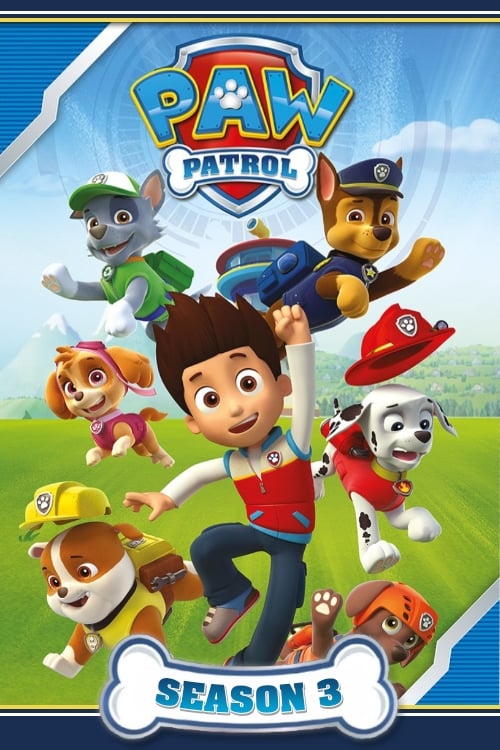 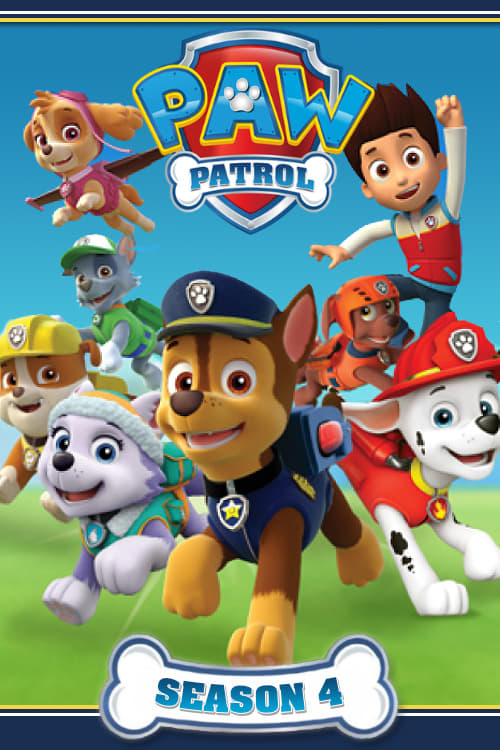 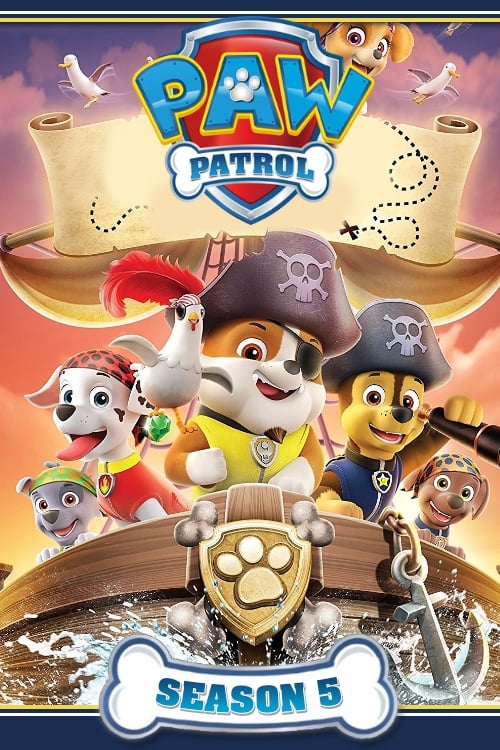 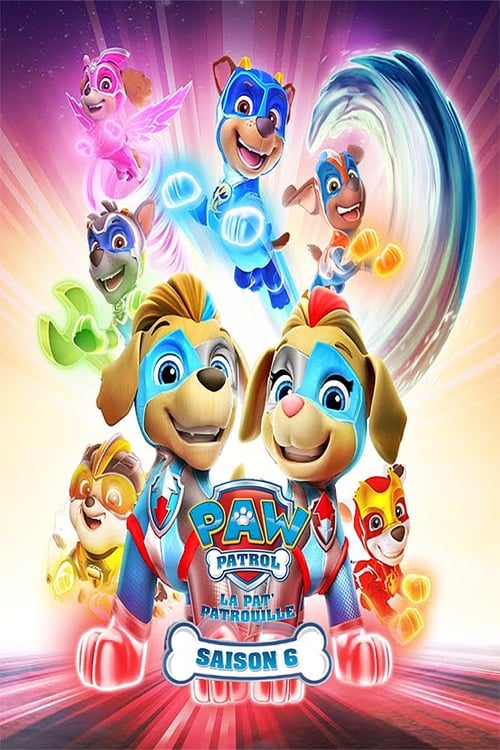 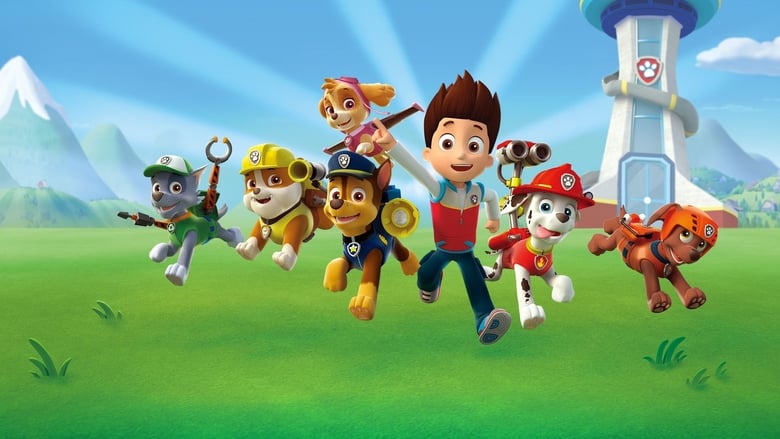 Underdog is an American animated television series that debuted October 3, 1964, on the NBC network under the primary sponsorship of General Mills, and continued in syndication until 1973, for a run of 124 episodes. Underdog, Shoeshine Boy's heroic alter-ego, appeared whenever love interest Sweet Polly Purebred was being victimized by such villains as Simon Bar Sinister or Riff Raff. Underdog nearly always speaks in rhyme, as in, "There's no need to fear, Underdog is here!" His voice was supplied by Wally Cox.

Krypto, the Superdog, chronicles the comedic canine adventures of Metropolis' day-saving superdog from Planet Krypton. Krypto jettisons to Earth after traveling across the galaxies as a test-pilot puppy aboard a malfunctioning rocket ship built by Superman's father. Landing astray on unfamiliar terrain, the fully-grown Krypto swiftly seeks out companionship on Earth and flips over Kevin Whitney, a young boy who too longs for friendship. With an amazing array of super hero powers, ranging from heat vision to super strength to flying, Krypto partners with best pal Kevin to fight evil forces that threaten the safety and well-being of the people and animals of Metropolis.

The Adventures of Sam & Max: Freelance Police, Sam & Max: Freelance Police!!! or just simply Sam & Max, is an American animated television series starring Sam & Max, a duo of private investigators composed of Sam, an anthropomorphic dog, and Max, a lagomorph or "hyperkinetic rabbity-thing." The show was created by Steve Purcell, also creator of the original comic book series. The series first aired in October 1997 on Fox Kids in the United States and YTV in Canada, producing 24 episodes and winning the 1998 Gemini Award for "Best Animated Series" before it was canceled in April 1998. With the exception of the first and last episodes, which each had a running time of about 20 minutes, each episode was approximately 10 minutes in length, and were usually aired in pairs.

CatDog is an American animated television series created for Nickelodeon by Peter Hannan. The series depicts the life of conjoined brothers, with one half being a cat and the other a dog. Nickelodeon produced the series from Burbank, California. The first episode aired on April 4, 1998, before the show officially premiered in October. The episode "Fetch" was also shown in theaters with The Rugrats Movie. Toward the end of the series run, a made-for-TV film was released, titled CatDog: The Great Parent Mystery. Reruns were played on Nicktoons until 2011 and later aired on TeenNick as part of The '90s Are All That block. The series is produced by Nickelodeon Animation Studio and Peter Hannan Productions and has been released on DVD.

The Goodman family lives with their lovable pet dog, Mr. Pickles, a deviant border collie with a secret satanic streak.

The Scooby-Doo Show is the blanket name for the episodes from the third incarnation of the Hanna-Barbera Saturday morning cartoon Scooby-Doo. A total of 40 episodes ran for three seasons, from 1976 to 1978, on ABC, marking the first Scooby series to appear on the network. Sixteen episodes were produced as segments of The Scooby-Doo/Dynomutt Hour in 1976, eight episodes were produced as segments of Scooby's All-Star Laff-A-Lympics in 1977 and sixteen episodes were produced in 1978, with nine of them running by themselves under the Scooby-Doo, Where Are You! name and the final seven as segments of Scooby's All-Stars. Despite the yearly changes in the way they were broadcast, the 1976–1978 stretch of Scooby episodes represents, at three seasons, the longest-running format of the original show before the addition of Scrappy-Doo. The episodes from all three seasons have been rerun under the title The Scooby-Doo Show since 1980; these Scooby episodes did not originally air under this title. The credits on these syndicated versions all feature a 1976 copyright date, even though some were originally produced in 1977 and 1978. Reruns are currently air on Boomerang. Like many animated series created by Hanna-Barbera in the 1970s, the show contained a laugh track created by the studio.

Shaun the Sheep is a British stop-motion animated children's television series produced by Aardman Animations, and commissioned by the British Broadcasting Corporation and Westdeutscher Rundfunk, a constituent member of the consortium of German public-broadcasting institutions, ARD. It is a spin-off of the Wallace and Gromit franchise, starring Shaun from A Close Shave as its main protagonist. It first aired in the UK on CBBC in March 2007. The series has also inspired its own spin-off show, Timmy Time, which is aimed at younger viewers. The show has been broadcast in 180 countries around the world.

The Ren & Stimpy Show, often simply referred to as Ren & Stimpy, is an American animated television series, created by Canadian animator John Kricfalusi. The show premiered on August 11, 1991, on Nickelodeon as part of its Nicktoons block along with Rugrats and Doug. The series focuses on the titular characters: Ren Höek, an emotionally unstable chihuahua, and Stimpson J. Cat, a good-natured, dimwitted cat. The show ran for five seasons on the network. The show has received critical acclaim and developed a cult following during and after its run, while some critics credit it for leading the way for satirical animated shows like Beavis and Butt-head and South Park, and playing a significant role in television animation. Throughout its run, The Ren & Stimpy Show was controversial for its off-color humor, sexual innuendo, and violence, each of which contributed to the production staff's altercations with Nickelodeon's Standards and Practices department. A spin-off for adult audiences, Ren & Stimpy "Adult Party Cartoon", aired in 2003 on Spike, but was cancelled soon after its debut.

The ChuckleHounds was a BBC Children's TV Series staring the The Chuckle Brothers as dogs.

101 Dalmatians: The Series is an animated television series produced by the Walt Disney Company based on the classic 1961 Disney animated feature of the same name and its 1996 live-action remake.

The animated stories of Garfield the cat, Odie the dog, their owner Jon and the trouble they get into. And also Orson the Pig and his adventures on a farm with his fellow farm animals.

The bizarre misadventures of a cowardly dog named Courage and his elderly owners in a farmhouse in Nowhere, Kansas.

Lassie is an American television series that follows the adventures of a female Rough Collie dog named Lassie and her companions, human and animal. The show was the creation of producer Robert Maxwell and animal trainer Rudd Weatherwax and was televised from September 12, 1954, to March 24, 1973. One of the longest-running series on television, the show chalked up seventeen seasons on CBS before entering first-run syndication for its final two seasons. Initially filmed in black and white, the show transitioned to color in 1965. The show's first ten seasons follow Lassie's adventures in a small farming community. Fictional eleven-year-old Jeff Miller, his mother, and his grandfather are Lassie's first human companions until seven-year-old Timmy Martin and his adoptive parents take over in the fourth season. When Lassie's exploits on the farm end in the eleventh season, she finds new adventures in the wilderness with a succession of United States Forest Service Rangers. After traveling without human leads for a year, Lassie finally settles at a children's home for her final two syndicated seasons. Lassie received critical favor at its debut and won two Emmy Awards in its first years. Stars Jan Clayton and June Lockhart were nominated for Emmys. Merchandise produced during the show's run included books, a Halloween costume, clothing, toys, and other items. Campbell's Soup, the show's lifelong sponsor, offered two premiums, and distributed thousands to fans. A multi-part episode was edited into the feature film Lassie's Great Adventure and released in August 1963. In 1989, the television series The New Lassie brought Lassie star Jon Provost back to television as Steve McCullough. Selected episodes have been released to DVD.

After many years spent at the “Cheers” bar, Frasier moves back home to Seattle to work as a radio psychiatrist after his policeman father gets shot in the hip on duty.

Dog with a Blog

Avery Jennings and Tyler James are step-siblings who are complete opposites. The family faces an even bigger adjustment when their new dog, Stan, can talk and also has a blog, unbeknownst to the family. Stan uses his blog to discuss the happenings in the Jennings-James household. Avery and Tyler later learn of Stan's talking ability and agree to keep it a secret from their parents.

Dogtanian and the Three Muskehounds

Dogtanian and the Three Muskehounds is an animated cartoon adaptation of the classic Alexandre Dumas story of d'Artagnan and The Three Musketeers. Most of the characters are anthropomorphizations of dogs, hence the title of the cartoon; although there are a few exceptions, most notably Dogtanian's two sidekicks Pip the mouse and Planchet the bear, among several others.

Fun-loving pug puppies, brothers Bingo and Rolly, have thrill-seeking appetites that take them on exhilarating adventures in their neighborhood and around the globe.

The Adventures of Rin Tin Tin

The Adventures of Rin Tin Tin is an American children's television program. Beginning in October 1954 until May 1959, 166 episodes originally aired on ABC television network. It starred child actor Lee Aaker as Rusty, a boy orphaned in an Indian raid, who was being raised by the soldiers at a US Cavalry post known as Fort Apache. He and his German shepherd dog, Rin Tin Tin, helped the soldiers to establish order in the American West. Texas-born actor James Brown appeared as Lieutenant Ripley "Rip" Masters. Co-stars included veteran actor Joe Sawyer and actor Rand Brooks from Gone with the Wind fame.

Dastardly and Muttley in Their Flying Machines

Wishbone is a children's television show. The show's title character is a Jack Russell Terrier of the same name. Wishbone lives with his owner Joe Talbot in the fictional modern town of Oakdale, Texas. He daydreams about being the lead character of stories from classic literature He was known as "the little dog with a big imagination". Only the viewers and the characters in his daydreams can hear Wishbone speak. The characters from his daydreams see Wishbone as whatever famous character he is currently portraying and not as a dog.