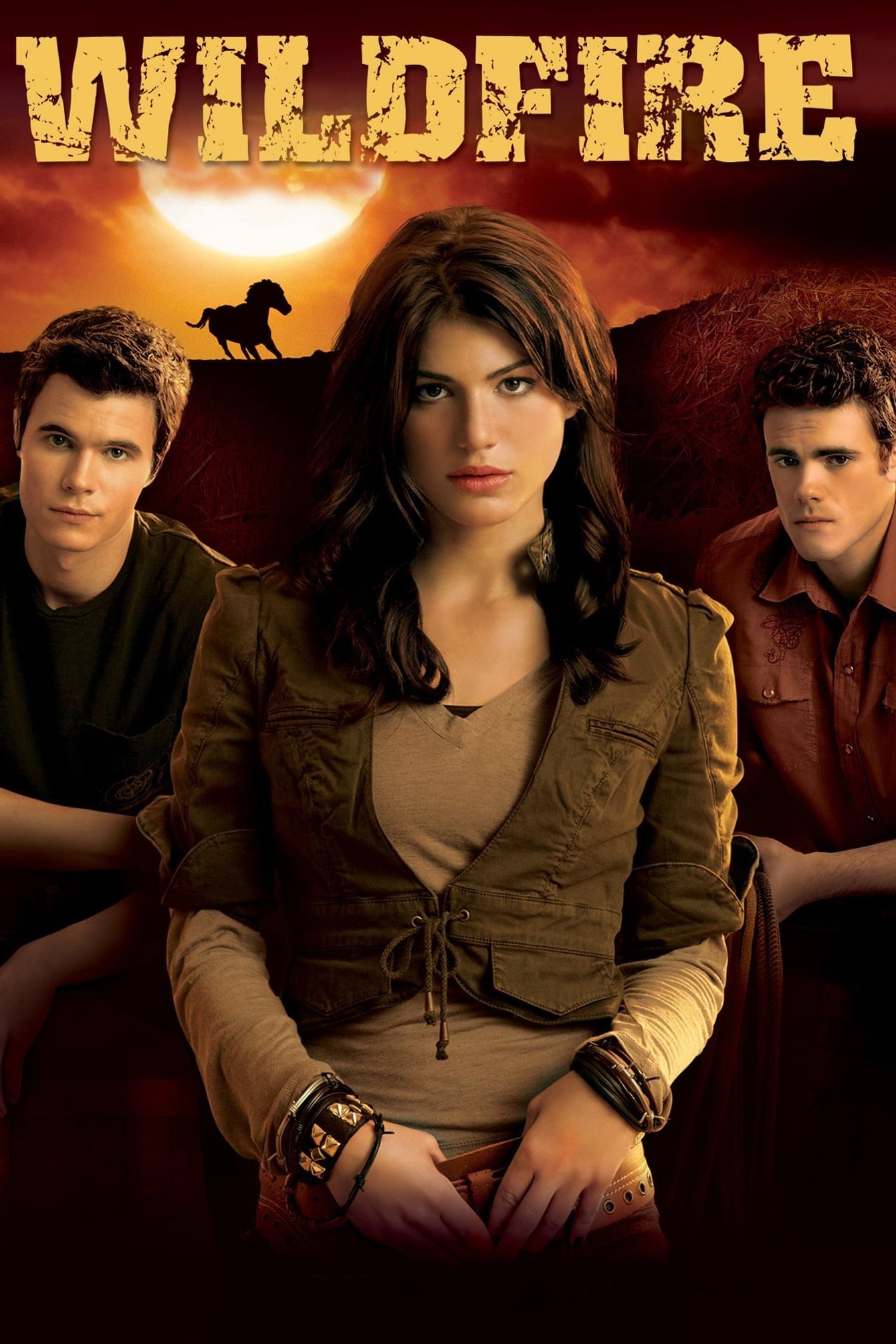 Kris Furillo is given the opportunity to start a new life after serving time at a teen detention center. Her talent with horses is recognized by a volunteer and local trainer Pablo, who arranges a job for her at the Ritter's family run ranch, Raintree. Thrown into a completely new environment, Kris must learn to deal with the challenges of fitting in, and forming fiery relationships, marrying the least favourable, while trying not to disappoint the one family willing to give her a chance. The Ritters are facing challenges of their own even as t ... 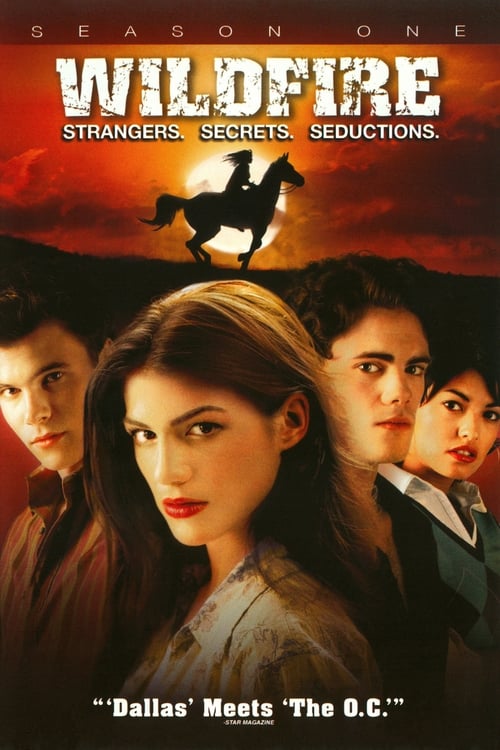 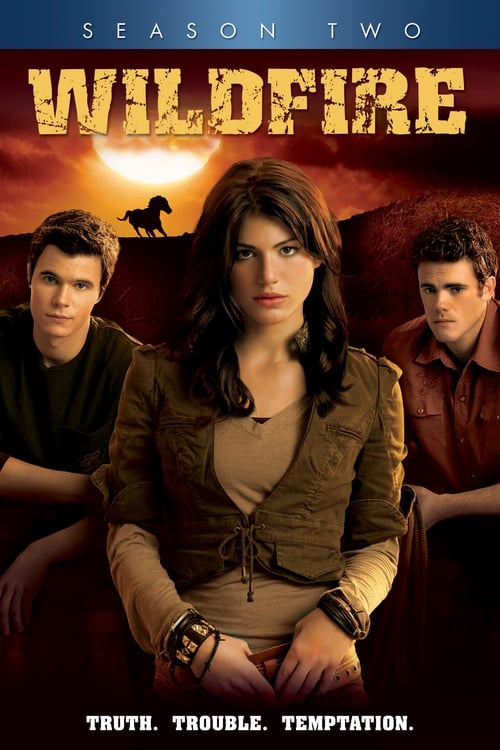 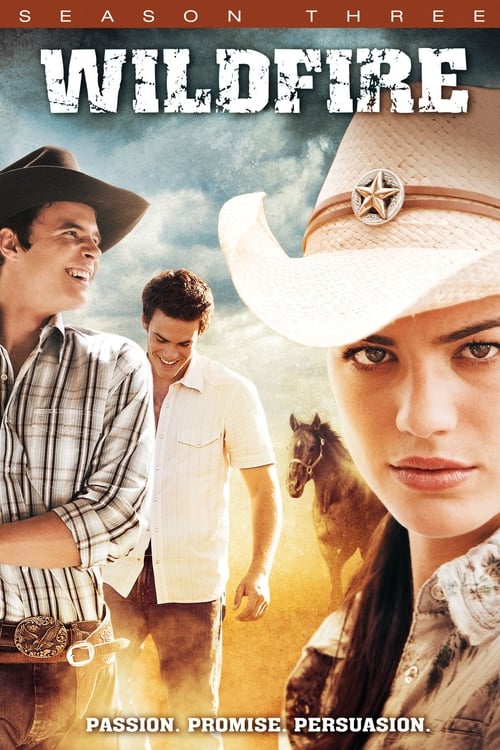 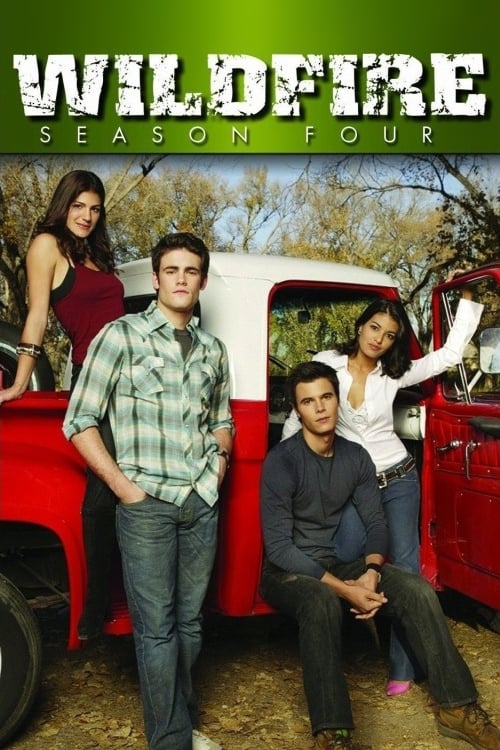 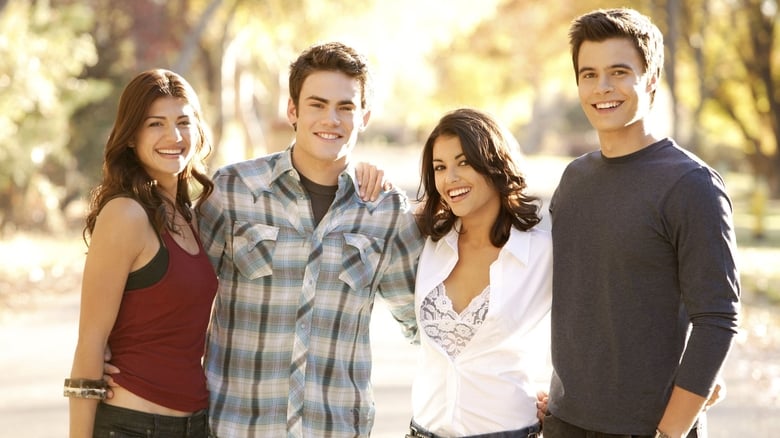 Life is hard on the Flemings' ranch in the Alberta foothills where abused or neglected horses find refuge with a kind, hard-working family. Debts abound and the bank is about to foreclose. Can they keep the ranch running?

The world's first mega-soap, and one of the most popular ever produced, Dallas had it all. Beautiful women, expensive cars, and men playing Monopoly with real buildings. Famous for one of the best cliffhangers in TV history, as the world asked "Who shot J.R.?" A slow-burner to begin with, Dallas hit its stride in the 2nd season, with long storylines and expert character development. Dallas ruled the airwaves in the 1980's.

Ryan Atwood, a teen from the wrong side of the tracks, moves in with a wealthy family willing to give him a chance. But Ryan's arrival disturbs the status quo of the affluent, privileged community of Newport Beach, California.

The Virginian is an American Western television series starring James Drury and Doug McClure, which aired on NBC from 1962 to 1971 for a total of 249 episodes. It was a spin-off from a 1958 summer series called Decision. Filmed in color, The Virginian became television's first 90-minute western series. Immensely successful, it ran for nine seasons—television's third longest running western. It follows Bonanza at fourteen seasons and 430 episodes, and Gunsmoke at twenty seasons and 635 episodes.

Being a pro athlete didn't pan out for Colt. Now he's helping his dad and brother keep the ranch afloat, and figuring out how he fits into the family.

The High-Sierra adventures of Ben Cartwright and his sons as they run and defend their ranch while helping the surrounding community.

Kentucky Jones is a half-hour comedy/drama starring Dennis Weaver as Kenneth Yarborough "K.Y. or Kentucky" Jones, D.V.M., a recently widowed former horse trainer and active rancher, who becomes the guardian of Dwight Eisenhower "Ike" Wong, a 10-year-old Chinese orphan, played by Ricky Der. Harry Morgan, previously of the CBS sitcoms December Bride and Pete and Gladys, was featured in the series as Seldom Jackson, a former jockey who assists Dr. Jones. Cherylene Lee appears as Annie Ng, Ike's friend. Arthur Wong portrays Mr. Ng, Annie's father. Keye Luke stars as Mr. Wong, a friend of Dr. Jones. Nancy Rennick appears as Miss Throncroft, a social worker. Kentucky Jones, which ran on NBC from September 19, 1964, to September 11, 1965, was the first of Weaver's four series, the most successful having been McCloud, since he left the role of the marshal's helper Chester Goode on CBS's western classic Gunsmoke, starring James Arness. Richard Bull, who later portrayed the henpecked storekeeper Nels Oleson on NBC's Little House on the Prairie, appeared twice on Kentucky Jones as Harold Erkel in episodes entitled "The Victim" and "The Return of Wong Lee".

Laramie is an American Western television series that aired on NBC from 1959 to 1963. A Revue Studios production, the program originally starred John Smith as Slim Sherman, Robert Fuller as Jess Harper, Hoagy Carmichael as Jonesy and Robert L. Crawford, Jr., as Andy Sherman.

When five young outsiders on Community Service get caught in a strange storm, they discover that they have developed superpowers.

TV series about a high school philosophy teacher, Merlí, who teaches in an original way, and about the students of his class, including his own son, and the relationship, friendship, love, and problems between the students of the class.

McLeod's Daughters is an Australian television series that began airing on the Nine Network on 8 August 2001. This Logie award winning drama series follows the lives of half sisters Claire and Tess McLeod as they embark on a mission: to run Drovers Run, a farm that has been in the McLeod family for generations. After being passed down from father to son, Drover's has now reunited Claire and Tess after 20 years. They now have to run a farm while balancing their lives, loves and losses.

Dr. Gulliver has returned from his yourney to his family after a long absence - and tells them the story of his travels.

J.R., Bobby and Sue Ellen Ewing are all back at Southfork, with plenty of secrets, schemes and betrayals in mind. This time, they're joined by the next generation of Ewings, who take ambition and deception to a new level.

I Am Not an Animal

I Am Not An Animal is an animated comedy series about the only six talking animals in the world, whose cosseted existence in a vivisection unit is turned upside down when they are liberated by animal rights activists.

Raised on the streets of turn-of-the century London, orphaned Peter and his pals survive by their fearless wits as cunning young pickpockets. Now, they've been rounded up by their mentor Jimmy Hook to snatch a priceless—some believe, magical—treasure which transports them to Neverland.

My Friend Flicka is a 39-episode western television series set at the fictitious Goose Bar Ranch in Wyoming at the turn of the 20th century. The program was filmed in color but initially aired in black and white on CBS at 7:30 p.m. Fridays from February 10, 1956, to February 1, 1957. It was a mid-season replacement for Gene Autry's The Adventures of Champion. Both series, however failed in the ratings against ABC's The Adventures of Rin Tin Tin. After the initial Friday airing, viewers could still find the series on CBS Saturdays at 7 p.m. Eastern during March 1957, on Sundays at 6 p.m. from April to May 1957, and on Wednesdays at 7:30 p.m. from June to August 1957. NBC carried the program in color at 6:30 p.m. Sunday from September to December 1957 and at 7 p.m. Sunday from January to May 1958. In subsequent years, the series aired mostly on Saturday mornings on all networks. The Disney Channel ran it on Monday evenings in the mid-1980s. Over the years many viewers were unaware that the series produced episodes for only a single season. My Friend Flicka starred native Canadian Johnny Washbrook as Ken McLaughlin, a boy devoted to his horse Flicka, Swedish for "little girl", but actually an Arabian sorrel named Wahana. Gene Evans played the authoritarian father Rob McLaughlin, a former U.S. Army cavalry officer. Anita Louise was cast as the gentle-spirited mother, Nell. Frank Ferguson portrayed Gus Broeberg, the loyal ranch hand. Flicka is based on a novel by Mary O'Hara, written at the Remount Ranch, located between Laramie and Cheyenne, Wyoming. Some Internet sites say that the series is set in Montana, where some of the filming was done. The majority of the filming, however, was at Fox Movie Ranch. My Friend Flicka holds the distinction of having been the first television series filmed by 20th Century Fox. A 1943 film, My Friend Flicka, starred Roddy McDowall as Ken.

The Saddle Club is a children's television series based on the books written by Bonnie Bryant Like the book series, the scripted live action series follows the lives of three teenage girls in training to compete in equestrian competitions at the fictional Pine Hollow Stables, while dealing with problems in their personal lives. Throughout the series, The Saddle Club navigates their rivalry with Veronica, training for competitions, horse shows, and the quotidian dramas that arise between friends and staff in the fictional Pine Hollow Stables. In each show, The Saddle Club prevails over its adversities, usually sending a message emphasizing the importance of friendship and teamwork.

The High Chaparral is an American Western-themed television series starring Leif Erickson and Cameron Mitchell which aired on NBC from 1967 to 1971. The series, made by Xanadu Productions in association with NBC Productions, was created by David Dortort, who had previously created the hit Bonanza for the network. The theme song was also written and conducted by Bonanza scorer David Rose, who also scored the two-hour pilot.

In a small Western town, spunky ex-city girl Lucky forms a tight bond with wild horse Spirit while having adventures with best pals Pru and Abigail.