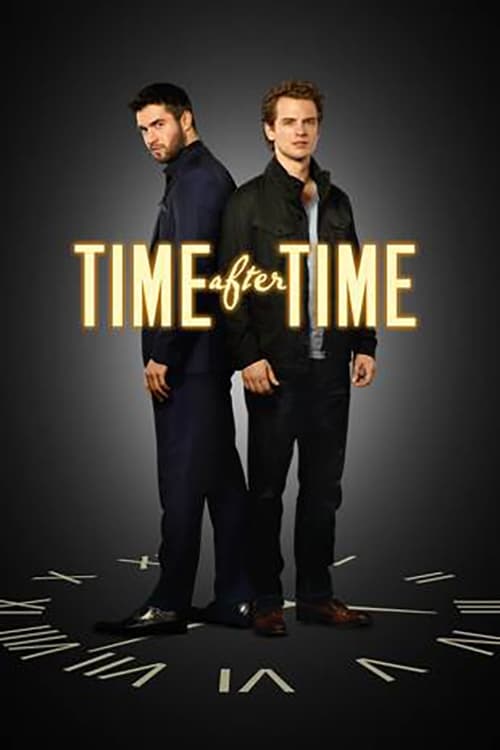 Kenny Conway is a petty criminal from a family of petty criminals, who, after a recent spell in prison, has decided to go straight.

Going Straight is a BBC sitcom which was a direct spin-off from Porridge, starring Ronnie Barker as Norman Stanley Fletcher, newly released from the fictional Slade Prison where the earlier series had been set. It sees Fletcher trying to become an honest member of society, having vowed to stay away from crime on his release. The title refers to his attempt, 'straight' being a slang term meaning being honest, in contrast to 'bent', i.e., dishonest. Also re-appearing was Richard Beckinsale as Lennie Godber, who was Fletcher's naïve young cellmate and was now in a relationship with his daughter Ingrid. Her brother Raymond was played by a teenage Nicholas Lyndhurst. Only one series, of six episodes, was made in 1978. It attracted an audience of over 15 million viewers and won a BAFTA award in March 1979, but hopes of a further series had already been dashed by Beckinsale's premature death earlier in the same month.

The Bounder is a British sitcom which ran from 16 April 1982 to 28 October 1983, made by Yorkshire Television. The series starred Peter Bowles as Howard Booth, an ex-convict who served two years in jail. He lives with Trevor Mountjoy who's his brother in law, and his wife Mary Rosalind Ayres. The latter left after Series one in 1982. It also starred Isla Blair as the next door widowed neighbour, Laura Miles. This series was created by Eric Chappell.

Me and Mrs. C is an American sitcom that aired on NBC from June 21, 1986 to July 4, 1987. The series stars Peg Murray as Mrs. Conklin, a money-strapped widow who, in order to avoid moving in with her son, decides to take a boarder into her picture-postcard suburban home, and Misha McK as Gerri Kilgore, the young black female boarder with a criminal record.

The Abbott and Costello Show

The Wayans Bros. is a situation comedy that aired from January 1995 to May 1999 on The WB. The series starred real-life brothers Shawn and Marlon Wayans. Both brothers were already well-known from the sketch comedy show In Living Color that was aired from 1990 to 1994 on Fox. The series also starred John Witherspoon and Anna Maria Horsford.

The adventures of relatable and adventurous Riley Matthews, the tween daughter of Cory and Topanga Matthews, and her bold best friend Maya as they traverse the twists and turns of teenage years at Manhattan's John Quincy Adams Middle School where Riley's dad is their History teacher.

The series stars Gary Coleman and Todd Bridges as Arnold and Willis Jackson, two African American boys from Harlem who are taken in by a rich white Park Avenue businessman named Phillip Drummond and his daughter Kimberly, for whom their deceased mother previously worked. During the first season and first half of the second season, Charlotte Rae also starred as the Drummonds' housekeeper, Mrs. Garrett.

The Munsters, originally airing on CBS from September 24, 1964 to May 12, 1966, is an American television sitcom depicting the home life of a family of benign monsters. The series satirizes both traditional monster movies and the wholesome family fare of the era. It ran concurrently with The Addams Family.

Jed Clampett's swamp is loaded with oil. When a wildcatter discovers the huge pool, Jed sells his land to the O.K. Oil Company and at the urging of cousin Pearl, moves his family to a 35-room mansion in Beverly Hills, California.

Leo is an ordinary teenager who has moved into a high-tech "smart'' house with his mother, inventor stepfather and Eddy, the computer that runs the house. Leo's life becomes less ordinary when, one day, he discovers a secret underground lab that houses three experiments: superhuman teenagers. The trio -- Adam, the strong one, Bree, the fast one and Chase, the smart one -- convinces Leo and his parents to let them leave their lab and join Leo at school, where they try to fit in while having to manage their unpredictable bionic strengths. As Leo figures out a way to keep his new pals' bionic abilities a secret, they help him build self-confidence.

Medical sitcom Ivan Okhlobystin about doctors who still do not know how to treat, but know how to make people laugh. The main characters of the sitcom - four interns. They always get into stupid situations, and their leader Dr. Bykov pleasure of watching this

The daily mishaps of a married woman and her semi-dysfunctional family and their attempts to survive life in general in the city of Orson, Indiana.

The story about a blue-collar Boston bar run by former sports star Sam Malone and the quirky and wonderful people who worked and drank there.

A family comedy narrated by Katie, a strong-willed mother, raising her flawed family in a wealthy town filled with perfect wives and their perfect offspring.

3rd Rock from the Sun

3rd Rock from the Sun is an American sitcom that aired from 1996 to 2001 on NBC. The show is about four extraterrestrials who are on an expedition to Earth, which they consider to be a very insignificant planet. The extraterrestrials pose as a human family in order to observe the behavior of human beings.

My Name Is Earl

When petty criminal Earl Hickey wins the lottery, he sets off on a quest to repair his questionable karma.

Leave It to Beaver

Leave It to Beaver is an American television situation comedy about an inquisitive and often naïve boy named Theodore "The Beaver" Cleaver and his adventures at home, in school, and around his suburban neighborhood. The show also starred Barbara Billingsley and Hugh Beaumont as Beaver's parents, June and Ward Cleaver, and Tony Dow as Beaver's brother Wally. The show has attained an iconic status in the US, with the Cleavers exemplifying the idealized suburban family of the mid-20th century. The show was created by writers Joe Connelly and Bob Mosher. These veterans of radio and early television found inspiration for the show's characters, plots, and dialogue in the lives, experiences, and conversations of their own children. Leave It to Beaver is one of the first primetime sitcom series written from a child's point-of-view. Like several television dramas and sitcoms of the late 1950s and early 1960s, Leave It to Beaver is a glimpse at middle-class, white American boyhood. In a typical episode Beaver got into some sort of trouble, then faced his parents for reprimand and correction. However, neither parent was omniscient; indeed, the series often showed the parents debating their approach to child rearing, and some episodes were built around parental gaffes.

30 Rock is an American television comedy series that ran on NBC from October 11, 2006, to January 31, 2013, and was created by Tina Fey. The series, which is loosely based on Fey's experiences as head writer for Saturday Night Live, takes place behind the scenes of a fictional live sketch comedy series depicted as airing on NBC. The series' name refers to 30 Rockefeller Plaza in New York City, the address of the GE Building, in which the NBC Studios are located.

I Dream of Jeannie

I Dream of Jeannie is an American sitcom with a fantasy premise. The show starred Barbara Eden as a 2,000-year-old genie, and Larry Hagman as an astronaut who becomes her master, with whom she falls in love and eventually marries. Produced by Screen Gems, the show originally aired from September 1965 to May 1970 with new episodes, and through September 1970 with season repeats, on NBC. The show ran for five seasons and produced 139 episodes. The first season consisted of 30 episodes filmed in black and white.

The Mary Tyler Moore Show is an American television sitcom created by James L. Brooks and Allan Burns that aired on CBS from 1970 to 1977. The program was a television breakthrough, with the first never-married, independent career woman as the central character: "As Mary Richards, a single woman in her thirties, Moore presented a character different from other single TV women of the time. She was not widowed or divorced or seeking a man to support her." It has also been cited as "one of the most acclaimed television programs ever produced" in US television history. It received high praise from critics, including Emmy Awards for Outstanding Comedy Series three years in a row, and continued to be honored long after the final episode aired.