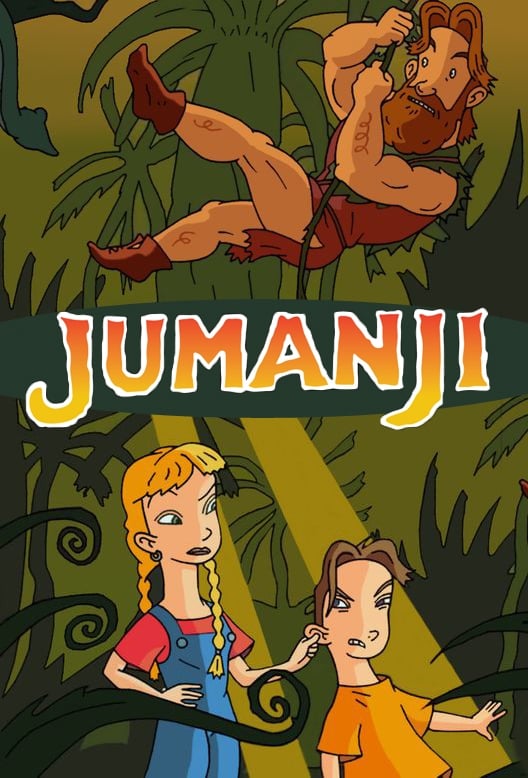 Jumanji is an American animated television series that was inspired by the movie based on the short story of the same name. The series ran for three seasons from 1996 to 1999. In 1996, it was carried by the UPN Kids network, but later seasons were syndicated by BKN. The series was also shown by CITV in the United Kingdom and on Russian RTR channel. Jumanji was produced by Adelaide Productions, with character designs by Everett Peck. Episodes of the show are now available on Netflix, iTunes and Hulu. The show was rerun on Kabillion on Demand, bu ... 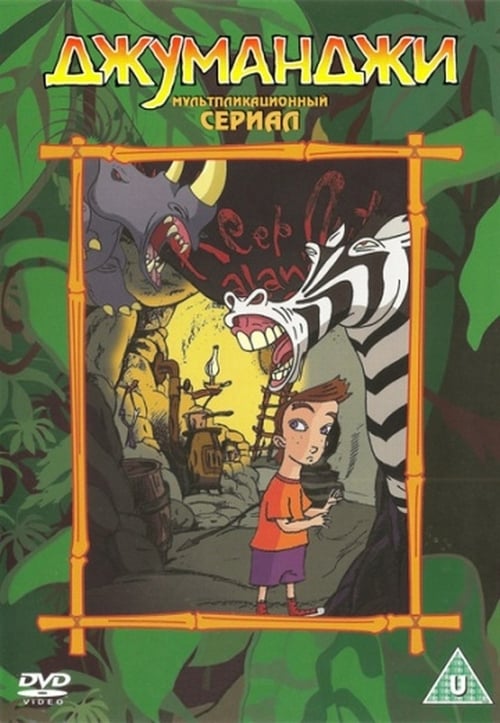 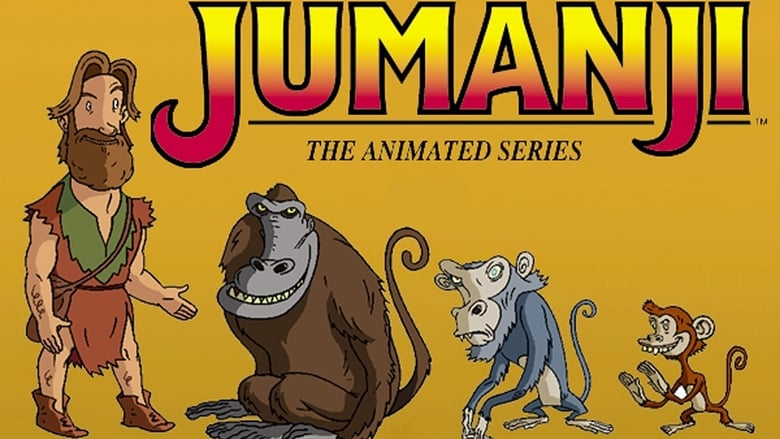 Life is hard on the Flemings' ranch in the Alberta foothills where abused or neglected horses find refuge with a kind, hard-working family. Debts abound and the bank is about to foreclose. Can they keep the ranch running?

When Clary Fray's mother has disappeared, Clary joins a band of Shadowhunters; demon killing hunters, and gets caught up in a plan to save the world.

Based on the Pretty Little Liars series of young adult novels by Sara Shepard, the series follows the lives of four girls — Spencer, Hanna, Aria, and Emily — whose clique falls apart after the disappearance of their queen bee, Alison. One year later, they begin receiving messages from someone using the name "A" who threatens to expose their secrets — including long-hidden ones they thought only Alison knew.

Lyra is an orphan who lives in a parallel universe in which science, theology and magic are entwined. Lyra's search for a kidnapped friend uncovers a sinister plot involving stolen children, and turns into a quest to understand a mysterious phenomenon called Dust. She is later joined on her journey by Will, a boy who possesses a knife that can cut windows between worlds. As Lyra learns the truth about her parents and her prophesied destiny, the two young people are caught up in a war against celestial powers that ranges across many worlds.

An exclusive group of privileged teens from a posh prep school on Manhattan's Upper East Side whose lives revolve around the blog of the all-knowing albeit ultra-secretive Gossip Girl.

The story of two vampire brothers obsessed with the same girl, who bears a striking resemblance to the beautiful but ruthless vampire they knew and loved in 1864.

After a teenage girl's perplexing suicide, a classmate receives a series of tapes that unravel the mystery of her tragic choice.

100 years in the future, when the Earth has been abandoned due to radioactivity, the last surviving humans live on an ark orbiting the planet — but the ark won't last forever. So the repressive regime picks 100 expendable juvenile delinquents to send down to Earth to see if the planet is still habitable.

A Series of Unfortunate Events

The orphaned Baudelaire children face trials, tribulations and the evil Count Olaf, all in their quest to uncover the secret of their parents' death.

Bizarre things start happening in the little New Mexico town where UFOs were spotted in 1947. Cut to 1999, when a cute high-school student saves the life of a teenage waitress. Surrounded by cliques of clever, angst-filled classmates, the two form a bond that threatens the survival of a secret universe involving superhuman powers, a yen for hot sauce and an alien gene pool.

After her mother dies in a fire, Cassie Blake moves in with her grandmother in the small town of Chance Harbor, Washington. As she gets to know her high school classmates, strange and frightening things begin to happen. They are all descended from powerful witches, and they've been waiting for Cassie to join them and complete a new generation of the Secret Circle. What they don't yet know is that darker powers are at play and that Cassie's mother's death might not have been an accident.

Teenager Miles enrolls in boarding school to try to gain a deeper perspective on life. After an unexpected tragedy, Miles and his friends try to make sense of what they have been through.

Everything changes when Alex Rider learns that his uncle Ian has actually been killed in the line of duty as a British spy. The normal teen is approached by the head of The Department and pressured to help investigate his uncle's death. Alex reluctantly assumes a new identity and goes undercover in a remote boarding school called Point Blanc.

In Beacon Heights, a seemingly perfect town, a group of three college friends struggle with the stress of being overachievers. In the aftermath of the town’s first murder, each Perfectionist hides behind a secret, a lie and an alibi.

Emma, a kind-hearted foster kid who can't catch a break, finds out she has an identical twin sister, Sutton, who - unlike Emma - was adopted by wealthy parents and is seemingly living an ideal life. After their initial meeting, Sutton talks Emma into stepping into her life for a few days while she pursues a lead on their birth mother. Initially excited to do this favor for her sister, Emma soon learns that Sutton has gone missing and could be in trouble. Now, Emma must decide whether to come clean to Sutton's family and risk her own safety in the hope of uncovering her twin sister's true whereabouts, along with the truth about why they were separated in the first place.

The Nine Lives of Chloe King

Chloe King is looking forward to celebrating her birthday with her friends and single mother, just like every other year... that is until she starts developing heightened abilities and discovers she's being pursued by a mysterious figure. Chloe soon learns she's part of an ancient race which has been hunted by human assassins for millennia —and that she may be their only hope for ultimate survival.

Maddie is a teenage girl dealing with addiction who has a reputation as a party girl who doesn’t think she has a problem, until she’s confronted one day by her school guidance counselor and is forced to choose between expulsion and rehab. Maddie makes the difficult decision to live with other recovering addicts at a sober living facility while facing the daily pressures of her teenage life. Based on the popular young adult novel by Blake Nelson.

Tomorrow When the War Began

This dramatic adventure series tells the story of a group of teenagers who are separated from their families following an invasion of their country, a conflict they never saw coming.

The Tripods is a television adaptation of John Christopher's The Tripods series of novels. It was jointly produced by the BBC in the United Kingdom and the Seven Network in Australia. The music soundtrack was written by Ken Freeman. Series one of The Tripods, broadcast in 1984, which had 13 half-hour episodes written by the well-known author of many radio plays Alick Rowe, covers the first book, The White Mountains; the 12-episode second series covers The City of Gold and Lead. Although a television script had been written for the third series, it never went into production. The first series was released on both VHS and DVD. The BBC released Tripods - The Complete Series 1 & 2 on DVD in March 2009. The series introduced several minor changes from the book, notably the shape of the Masters and Tripods, which have tentacles in the book, gravity inside the Golden City was increased artificially, which is not mentioned in the TV series; the introduction of "cognoscs", spiritual life-forms vastly superior to the Masters themselves; and more other main characters, including love interests for both Will and Beanpole. The original texts have few female characters. John Christopher was asked about this for an interview on Wordcandy, replying that at the time of writing the series, it was generally accepted that girls would read books with boy main characters, but not vice versa. He also stated that he felt the addition of an entire family of girls to the TV series was somewhat "over the top". The series is also notable for featuring non-humanoid aliens, which was uncommon at the time.

Life As We Know It

See life through the eyes of Dino, Ben, and Jonathan -- three teens experiencing the joys and pains of growing up. Although different in many ways, these guys have one main thing in common -- women. Together, their attitudes about women are challenged, and they discover there's more to life than meets the eye.