The Flame Trees of Thika

Elspeth and her unconventional parents decide to settle down in Kenya and begin a coffee plantation. This is a time of discovery for Elspeth, as she encounters the incredible beauty and cruelty of nature, and new friendships with both Africans and British expatriates. A side plot involves the beautiful and bored British Lettice Palmer who enters into an affair with a handsome safari guide. Eventually, however, the excitement of Elspeth's life is disrupted by the onset of WW I, and the changes it brings. 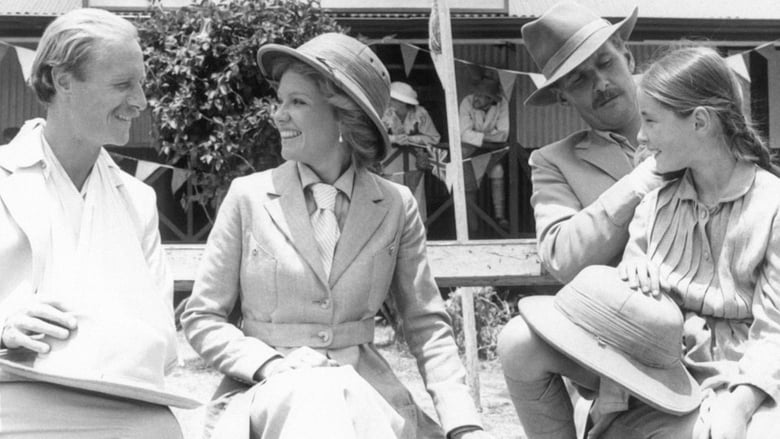 A gangster family epic set in 1919 Birmingham, England and centered on a gang who sew razor blades in the peaks of their caps, and their fierce boss Tommy Shelby, who means to move up in the world.

Set in England in the early 19th century, Pride and Prejudice tells the story of Mr and Mrs Bennet's five unmarried daughters after the rich and eligible Mr Bingley and his status-conscious friend, Mr Darcy, have moved into their neighbourhood. While Bingley takes an immediate liking to the eldest Bennet daughter, Jane, Darcy has difficulty adapting to local society and repeatedly clashes with the second-eldest Bennet daughter, Elizabeth.

Drawn from interviews with survivors of Easy Company, as well as their journals and letters, Band of Brothers chronicles the experiences of these men from paratrooper training in Georgia through the end of the war. As an elite rifle company parachuting into Normandy early on D-Day morning, participants in the Battle of the Bulge, and witness to the horrors of war, the men of Easy knew extraordinary bravery and extraordinary fear - and became the stuff of legend. Based on Stephen E. Ambrose's acclaimed book of the same name.

After a night of partying with a female stranger, a man wakes up to find her stabbed to death and is charged with her murder.

The Pillars of the Earth

A sweeping epic of good and evil, treachery and intrigue, violence and beauty, a sensuous, spirited story set against a backdrop of war, religious strife and power struggles in 12th Century England.

Track the intertwined real-life stories of three U.S. Marines – Robert Leckie, John Basilone, and Eugene Sledge – across the vast canvas of the Pacific Theater during World War II. A companion piece to the 2001 miniseries Band of Brothers.

The Count of Monte Cristo

A TV mini-series adaptation of the classic Alexandre Dumas novel. Edmond Dantes is unjustly sent to prison for 18 years. He escapes to reclaim his fiancée Mercedes and revenge against his nemesis, Mondego.

Adventurer James Keziah Delaney returns to London from Africa in 1814 along with fourteen stolen diamonds to seek vengeance after the death of his father.

In 1960, seven outcast kids known as "The Losers' Club" fight an evil demon who poses as a child-killing clown. Thirty years later, they reunite to stop the demon once and for all when it returns to their hometown.

The true story of one of the worst man-made catastrophes in history: the catastrophic nuclear accident at Chernobyl. A tale of the brave men and women who sacrificed to save Europe from unimaginable disaster.

The Lion King's Timon & Pumbaa, often simply referred to as Timon & Pumbaa, is an animated comedy television series made by the Walt Disney Company. It centers on Timon the meerkat and Pumbaa the warthog from the Disney film franchise The Lion King, without most of the other characters in the franchise. The show ran for three seasons from September 16, 1995 to September 24th, 1999.

David Attenborough celebrates the amazing variety of the natural world in this epic documentary series, filmed over four years across 64 different countries.

Trunks returns from the future to train with Goku and Vegeta. However, it disappears without warning. Then the mysterious Fu bursts in, telling them that Trunks has been imprisoned in the Prison Planet, a mysterious complex in an unknown place in the universes. The group seeks the dragon balls to free Trunks, but an endless battle awaits them! Will Goku and the others rescue Trunks and escape the Prison Planet?

Through four series and a few specials, Edmund Blackadder and his greasy sidekick Baldrick conjure up cunning plans as Edmund tries to take advantage of desperate times. These situation tragedies had obvious parallels from the Dark Ages to Elizabethan times, the rule of mad George III, and The Great War.

After a deadly plague kills most of the world's population, the remaining survivors split into two groups - one led by a benevolent elder and the other by a maleficent being - to face each other in a final battle between good and evil.

A jet leaves on a red-eye flight from Los Angeles to Boston. But early in the flight, ten passengers awaken to a startling realization: All of the other passengers have vanished.

David Attenborough presents a documentary series exploring how animals meet the challenges of surviving in the most iconic habitats on earth.

Transylvania, 1897. The blood-drinking Count Dracula is drawing his plans against Victorian London. And be warned: the dead travel fast.

An English teacher travels back in time to prevent the Kennedy assassination, but discovers he is attached to the life he has made in a bygone era.